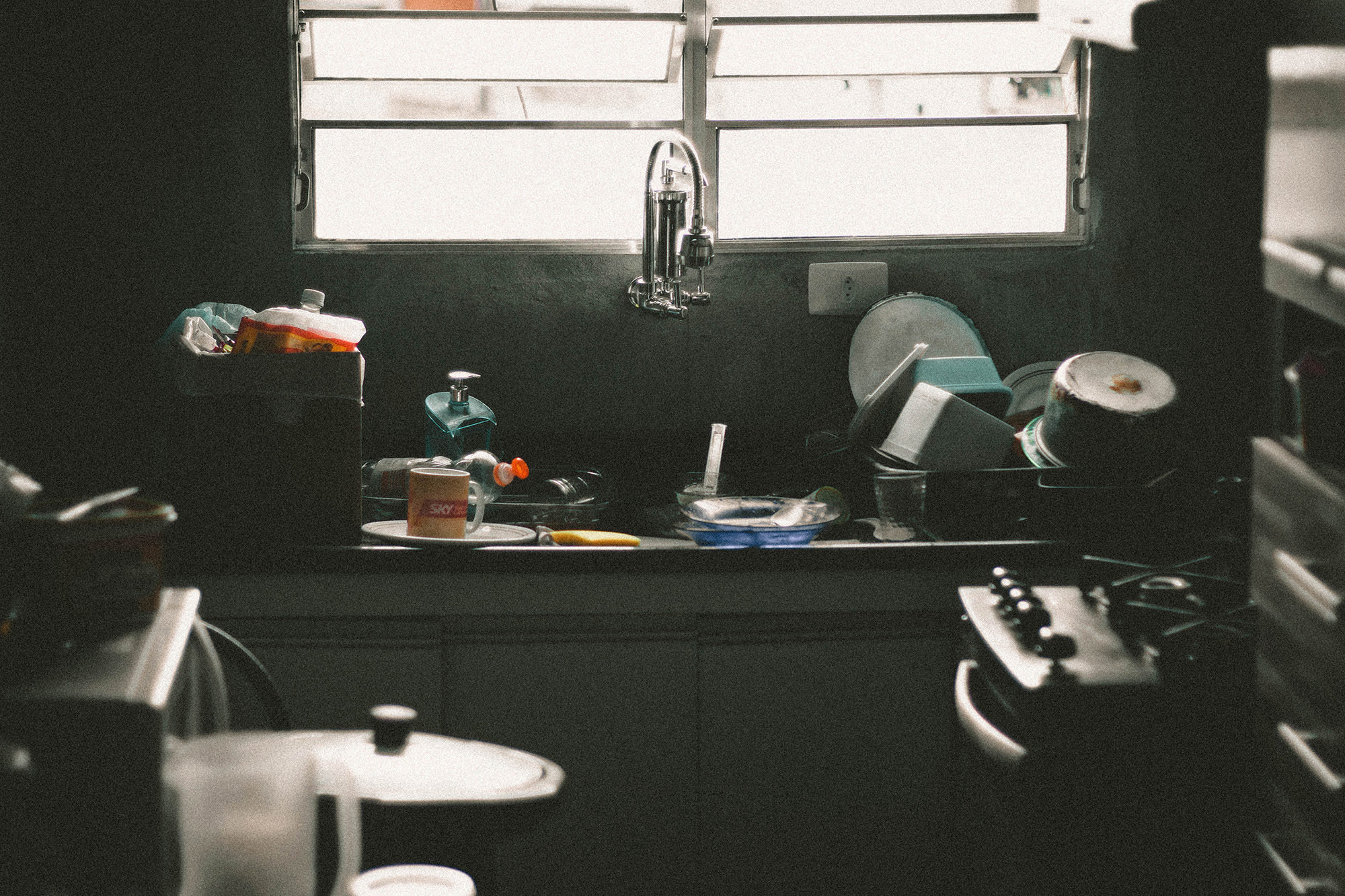 Given Life: A Story by Rachel Robins

The thought that Sofía Morales next door was somehow responsible for the murder of her ex-girlfriend—it was unthinkable. That sweet girl? Bernice Leibermann laughed at the absurdity of it.

The cop shifted his weight on her plastic-wrapped sofa. It squeaked from the movement. “Are you sure you didn’t see anything suspicious on the night of September 20th, between the hours of seven to ten?”

Movement fluttered outside her window. A sheet of an advertisement in an overstuffed mailbox flapped in the wind. Newspapers cluttered the front entrance of Sofía’s property, and assorted trash lined the walkway to the door. But it wasn’t like nobody was home. Lights glimmered from the windows, and there’d been shadows passing back and forth all day.

Bernice’s concerns focused more on how the girl was dealing with her grief, not some wild accusations.

She shook her head and her curlers bobbed. She flushed with embarrassment. She hadn’t expected any gentleman callers.

“I don’t think you understand, Officer. What you’re suggesting about that child is just not possible. I don’t think I’ve met anyone in my 72 years who is as kind as that girl. When I fell and broke my hip, it was Sofía who found me and called me an ambulance. When I couldn’t mow my lawn or go food shopping, she was there with her mower, and she brought in groceries to put away in my kitchen.”

Officer Esposito’s mustache twitched as if he were about to say something but thought better of it.

The old woman waved a dismissive hand through the window. “Sure, her and her ex had a big fight sometime last winter. But her

car out front? That’s been dead for months now. She doesn’t go anywhere these days. She’s an artist, works with lots of different materials. All her supplies? Delivered. And her food? I take her with me to the store to help her out.”

“So I don’t know how you think she could have killed Elena. She works from afternoon to late every evening. Lights on, music playing. Every night.”

The cop refocused his attention on her. “You’re sure of this?”

Mail slid out of the mailbox into a mud puddle. The letter browned instantly. It bothered her that she was too far to reach it before the damage was done. No time.

“This heat is unbearable this time of year. I spend my nights out on my porch. I’m telling you. Every night the lights are on, the music drifts over. It’s nice, the breeze and the music.”

The cop rose from the couch with a chorus of plasticky squeaks. “Well, we appreciate your cooperation and your time, ma’am. I know it seems unlikely, but if some detail does come up that you didn’t remember now, here’s my card. It’s a terrible way to die, Mrs. Leibermann, the way that she did. One of the most gruesome scenes I’ve seen in my ten years on the force. I don’t know what happened between those two girls, but I do know one thing. Elena didn’t deserve to die like that.”...

Read on and learn more about author Rachel Robins in I, Enheduanna Issue 3: In Our Hands, available here. 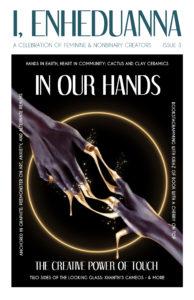 This article can be found in I, Enheduanna "Issue 3: In Our Hands"

In Our Hands features thirteen articles with work by seventeen feminine and non-binary creatives ranging in medium from prose to photography, poetry to pottery. In Our Hands centers around the way we create and share our creations through the sensation of touch, exploring the creative practices of each artist through in-depth interviews. Issue 3 is […]