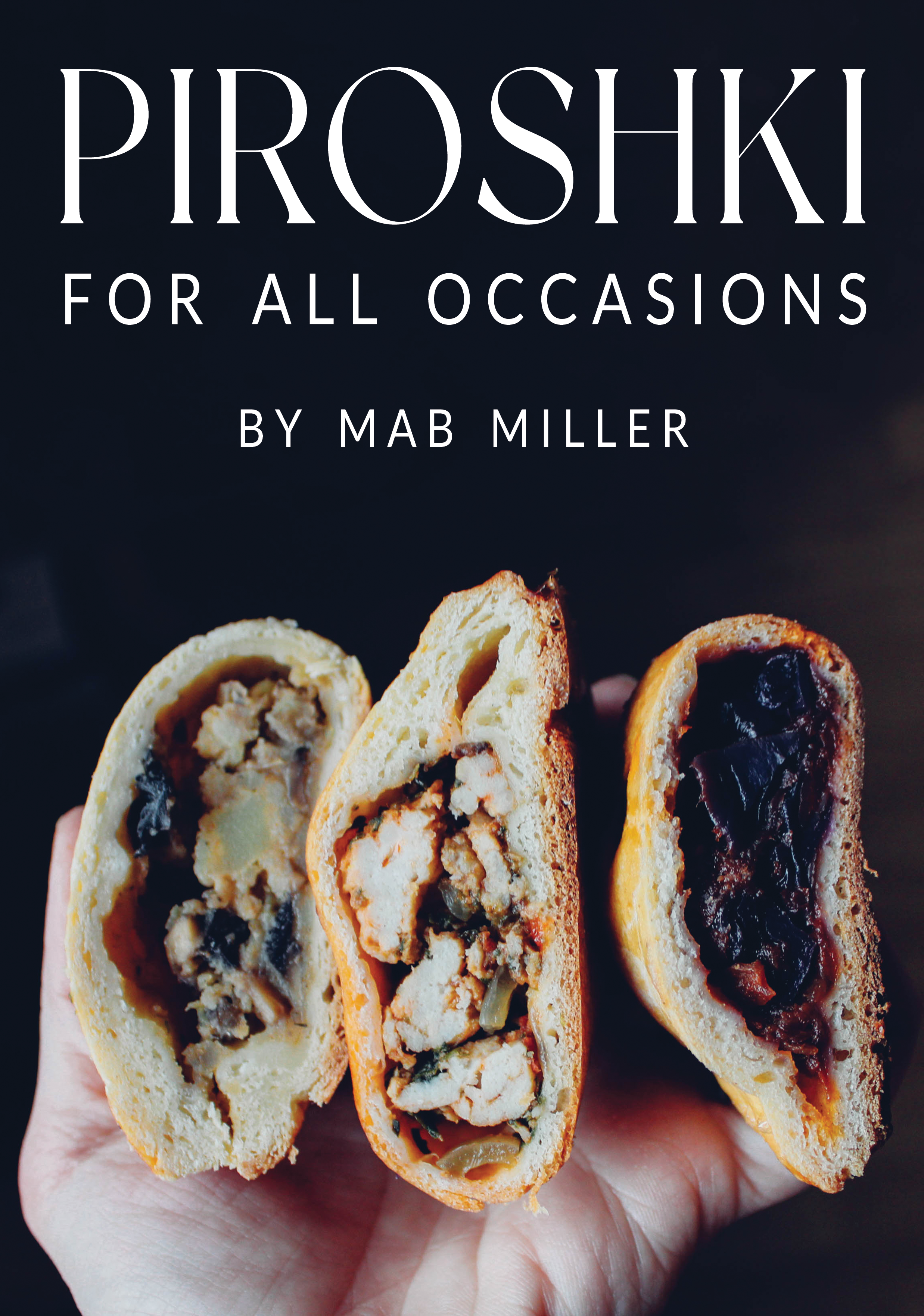 Piroshki, sometimes spelled as piroshky, pirozhki, or pyrizhky (but never to be confused with pierogi), are a type of hand pie that originated in Russia and Ukraine. They're widely available as a street food in most of Eastern Europe and are usually made of a yeasted dough that is filled with meat, potatoes, or other items then baked or fried.

I had my first piroshki shortly after I moved to Seattle at the extremely appropriately named “Piroshky Piroshky” in Pike Place Market. I ended up eating them several times in just that first week, each time waiting in line nearly 30 minutes until I thought to myself "there has to be a way to eat delicious hand pies that doesn't involve so much waiting" and it just so happened that they're easier to make than you'd think.

Before you look at this recipe and think you can't make it because it's technically a bread product and you have a "history" with yeasted dough and other bread products this is a specially selected recipe which features no yeast. It's an extremely forgiving dough with only a sort chilling time. The dough is sour cream based which produces a soft but chewy texture and that also reheats well. This recipe is fairly accessible for nearly any type of home kitchen with an oven and contains only as much chopping and filling preparation as you want. The only special equipment I use is an empanada/pie press but you can just as easily crimp the sides of the pies with a fork if you don't own a pie press.

As for the filling, it can also be made ahead of time so this recipe can be made over several days or all at once depending on your time and energy level. I've listed three possible fillings but like most hand pies you can put nearly anything inside of these (sweet or savory) as long as it is already cooked, in small pieces, and fairly dry. For the novice chef you might want to stick to one of these fillings for your first attempt but I've previously filled my pies with leftovers including various curries, fried rice, and even casserole which all worked just fine. I always bake these but they can be fried if that's your preference.

This is a fun recipe to make with kids too since the dough is forgiving and the filling can be as malleable in terms of taste and effort. This recipe can easily be doubled but it usually makes 10-12 hand sized piroshki, each one of which can easily be rounded out into a meal for an adult with a side salad or soup. They can be eaten hot or cold and can be stored in the refrigerator for up to a week. You can also freeze assembled uncooked piroshki as well for up to two months. 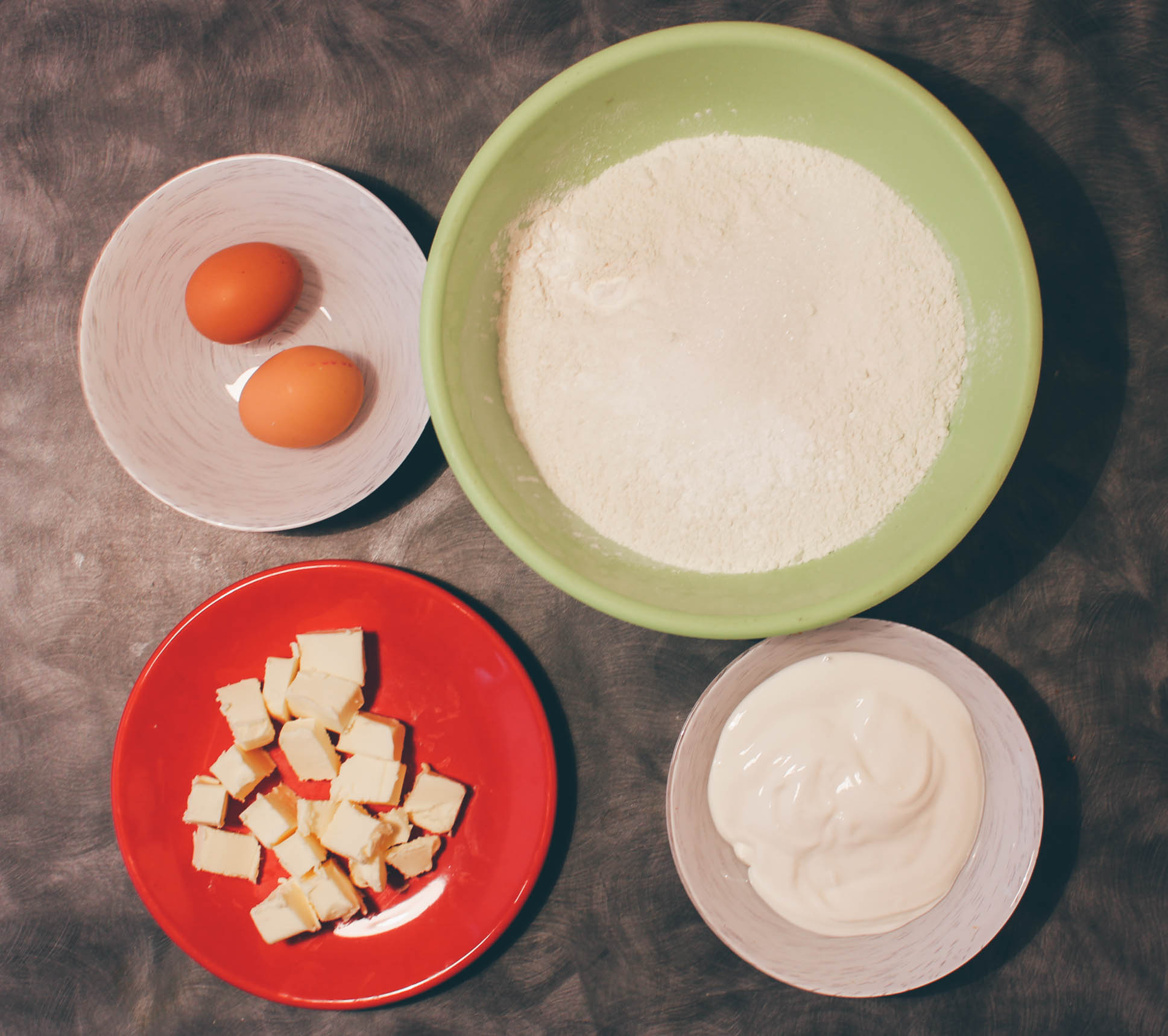 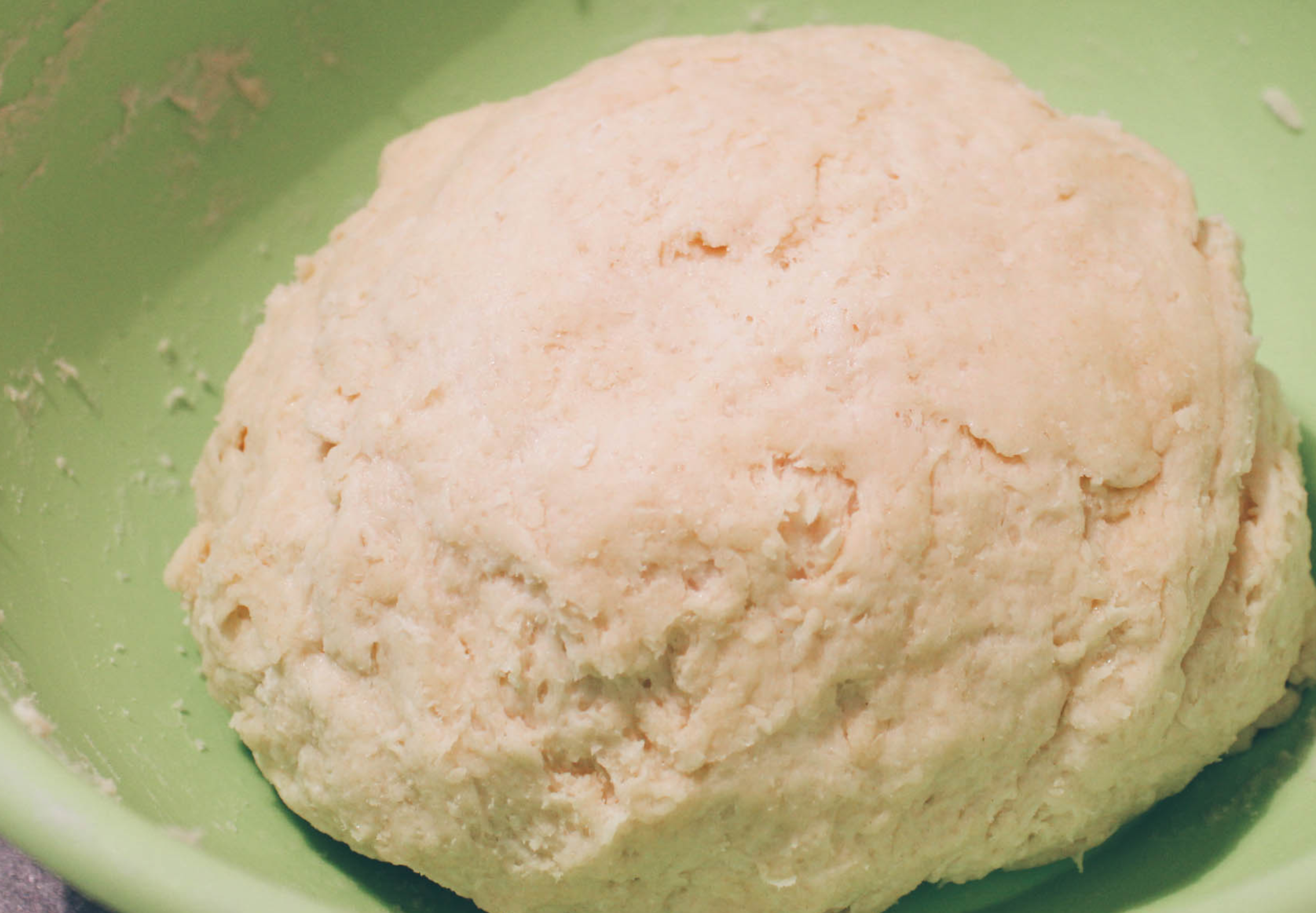 In a large mixing bowl mix together flour, baking powder, salt, and sugar. Add the butter, cutting it into the flour mixture using a pastry cutter, forks, or your fingers until it is the consistency of coarse sand. Add the eggs and sour cream and stir until the dough loosely forms a ball (you may need to add a small amount of cold water to bring the dough together).

Turn the dough ball onto a lightly floured surface and knead for a few minutes until it becomes smooth and supple and then place the dough back into the bowl covering with a tea towel and allowing to chill in the refrigerator for at least 30 minutes. (If you're storing the dough for longer than an hour or two place the dough in a sealed container instead.)

While the dough is resting, make the filling of your choice: 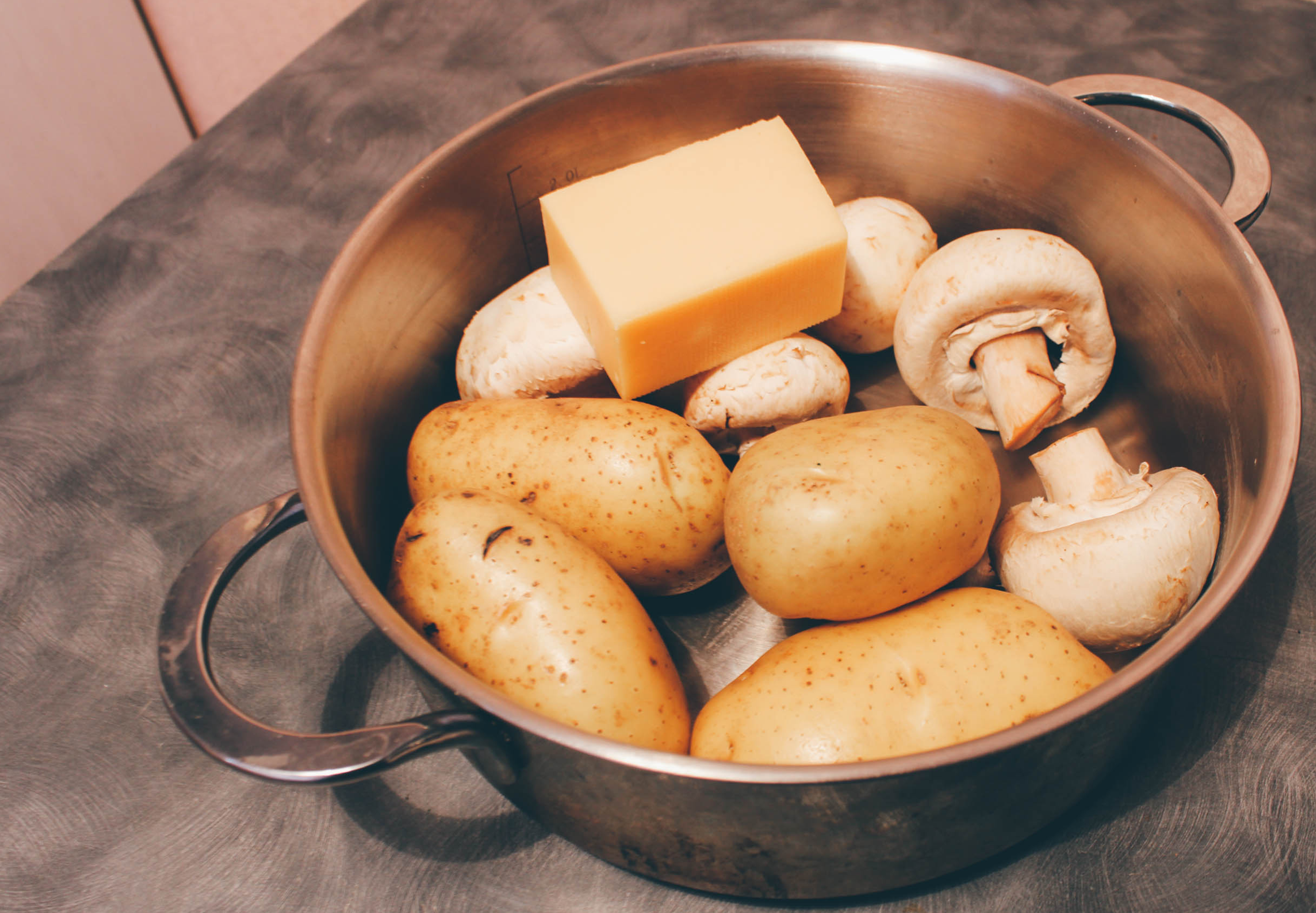 In a large pot of water, boil potatoes until they can easily be pierced with a fork, about 12-15 minutes. Drain potatoes thoroughly and mash to a smooth consistency seasoning with butter and salt liberally. In a small saute pan heat a small amount of oil and add the mushrooms with a small amount of salt and let cook for 5-7 minutes until the mushrooms are completely browned. Remove from heat and cooked mushrooms and cheddar to the mashed potatoes, stirring to mix and seasoning to taste. Let cool completely. 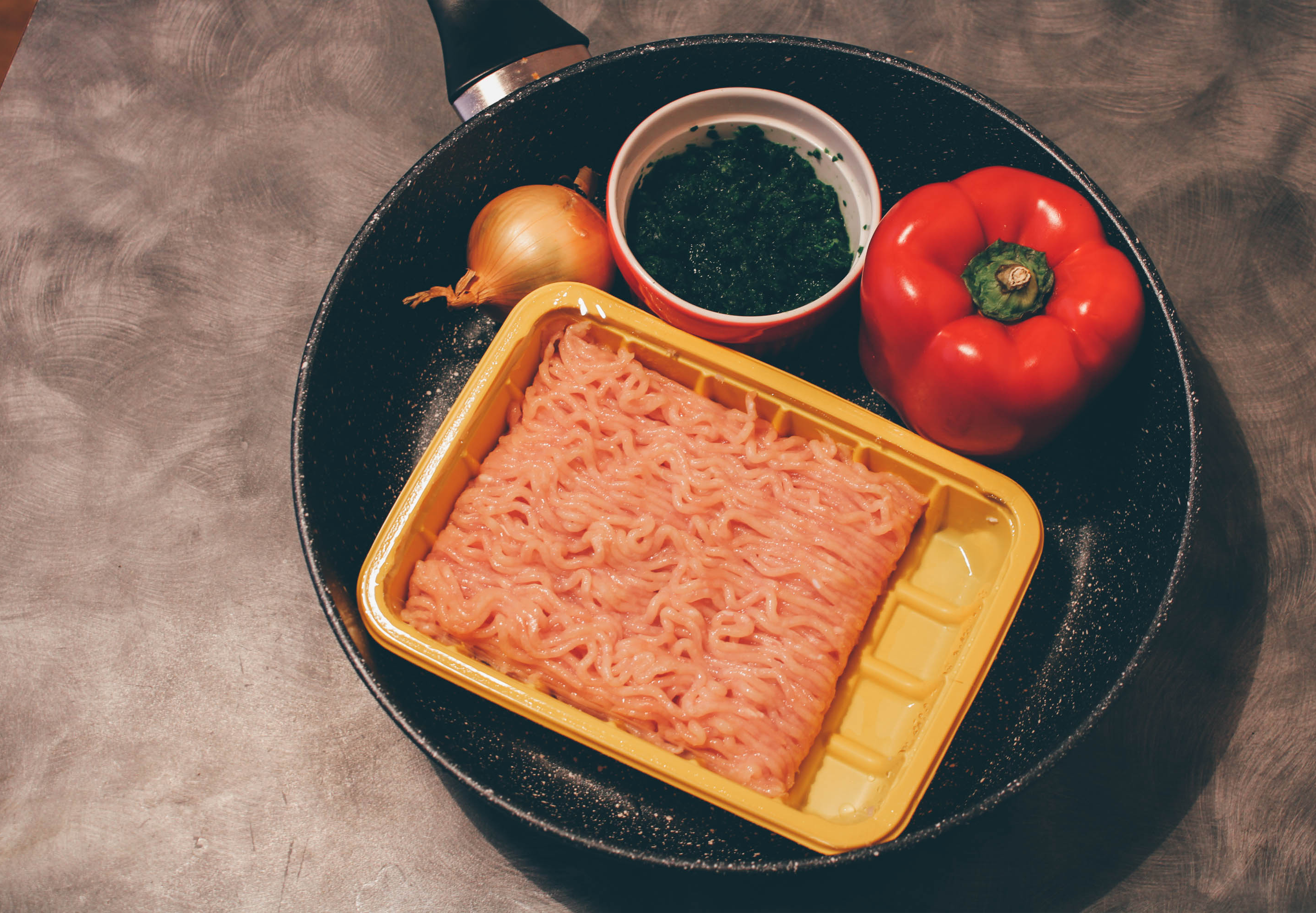 Heat a large skillet with a small knob of butter or a tablespoon of olive oil. Add the meat to the skillet, breaking up the ground meat with the back of a spoon and let cook for 3-5 minutes. Add the onions, red pepper, and spinach then saute for about 7-8 minutes until the onions are translucent. Add seasoning and flour and continue cooking until the meat is cooked through and the mixture is fairly dry. Let cool completely. 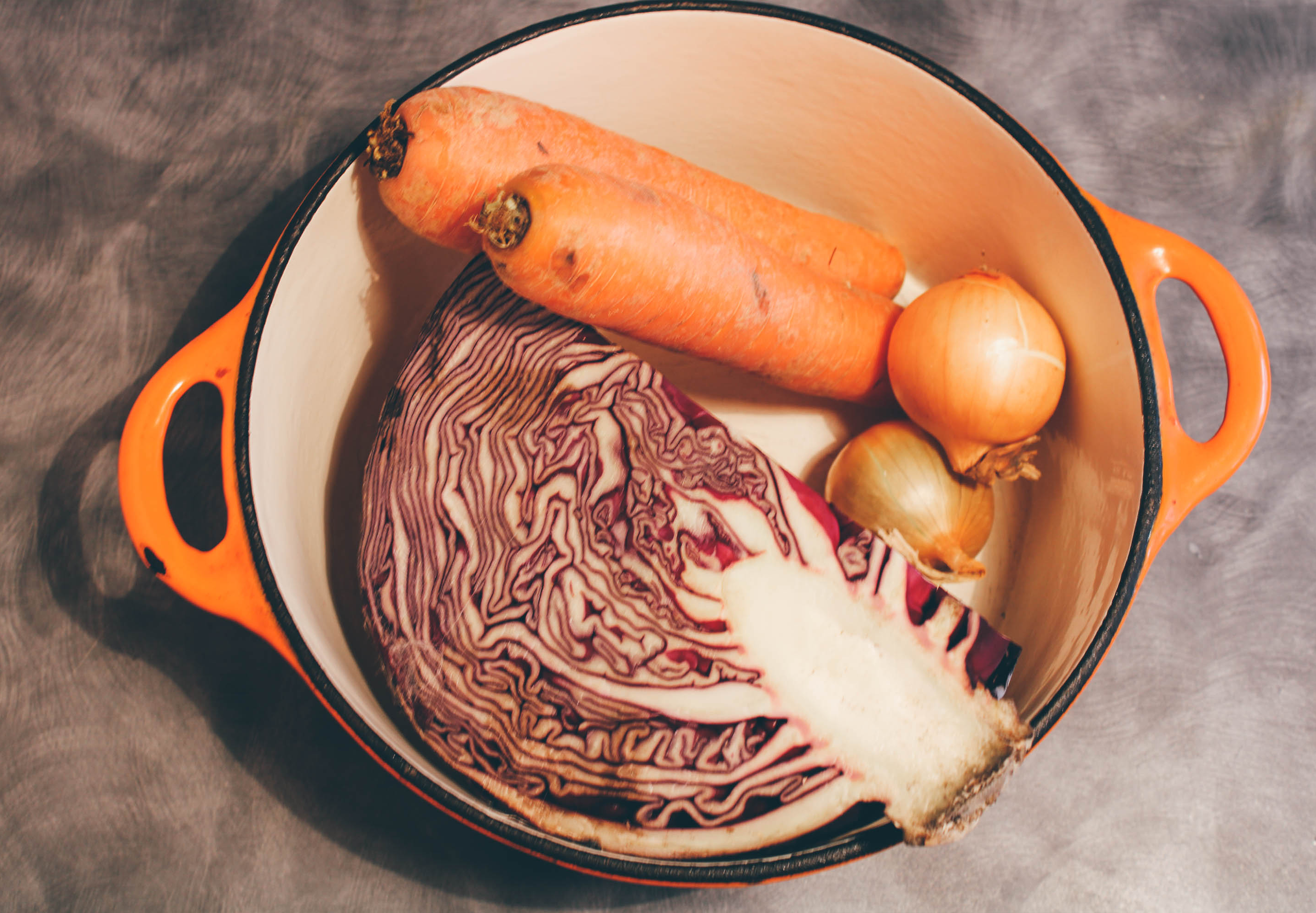 Heat a large saute pan with some olive oil or butter. Add the cabbage, carrots, and onions as well as salt and saute for 10 to 15 minutes, stirring infrequently, until the cabbage is tender and the onions start to caramelize. Remove the pan from the heat and stir in the apple cider vinegar. Season to taste. Let cool completely.

Putting Together the Piroshki: 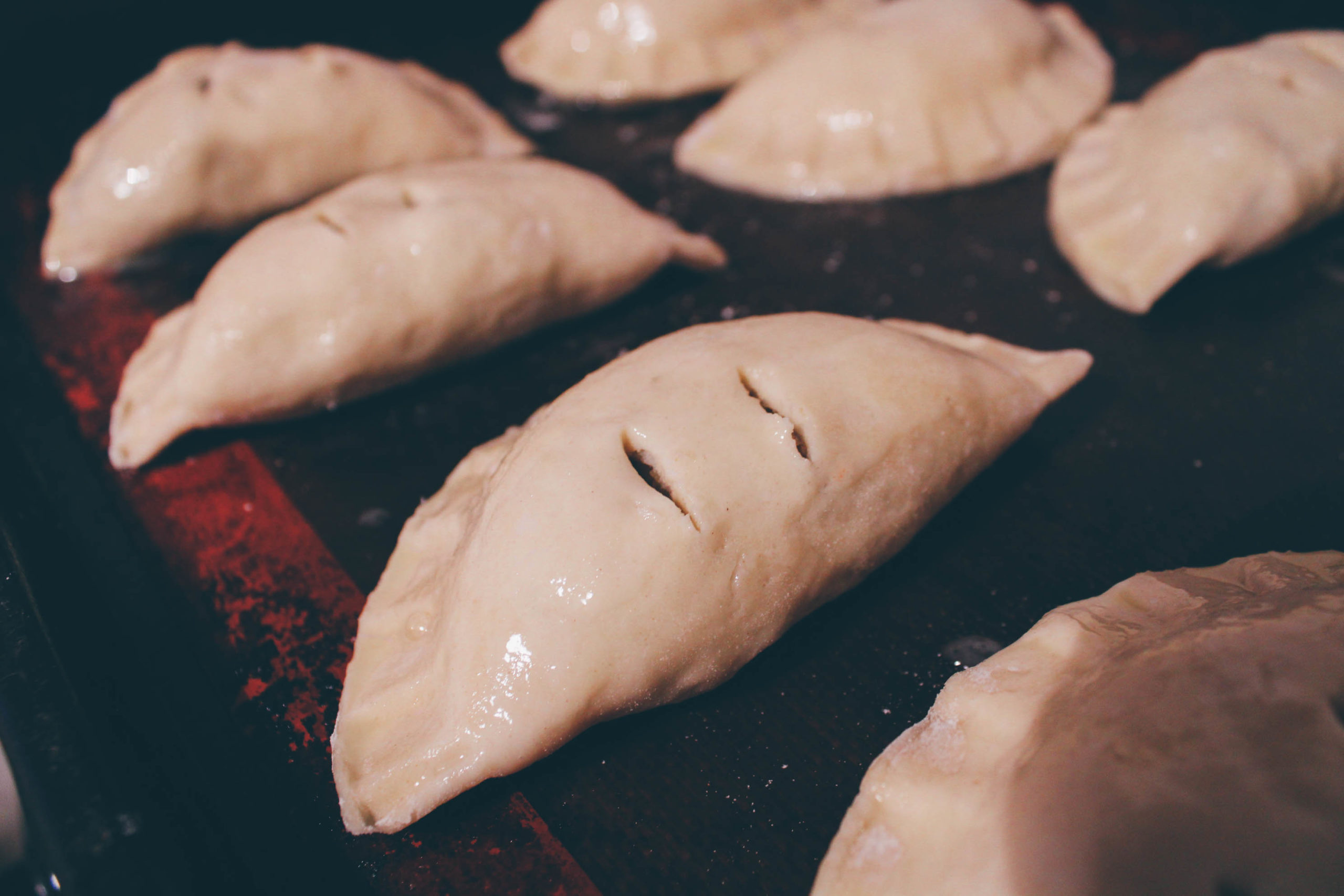 Once the dough is chilled, preheat your oven to  190°C (375°F). Assemble the piroshki by dividing the dough into 12 even pieces and then rolling each piece of dough into a circle the width of your dough press with the thickness of ½ cm (¼ inch). Place the round on a floured dough and place 2 heaping tablespoons of filling in the round then close the dough press firmly to seal the edges of the pastry.

*If you do not have a dough press, roll each of the 12 balls of dough into a 12cm (5in) circle then place 2 heaping tablespoons of filling slightly off-center and fold the round in half, sealing by crimping the edge with a fork. Continue with the rest of the rounds, placing them on a parchment lined baking sheet.

Poke a few holes or make decorative slits in each piroshki with the tines of a fork or a knife as a vent then if desired, brush piroshki with a beaten egg and water mixture for extra shine. 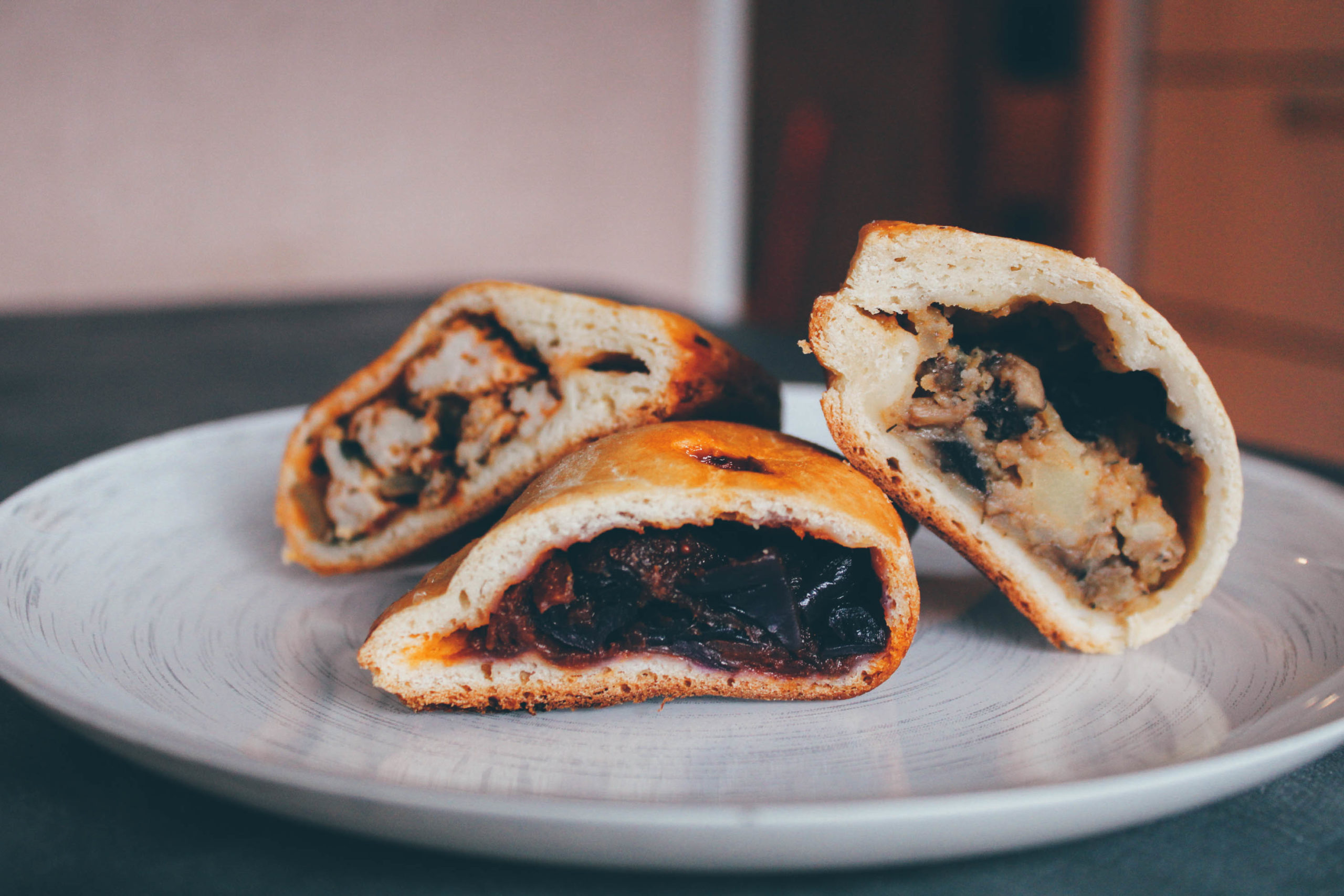