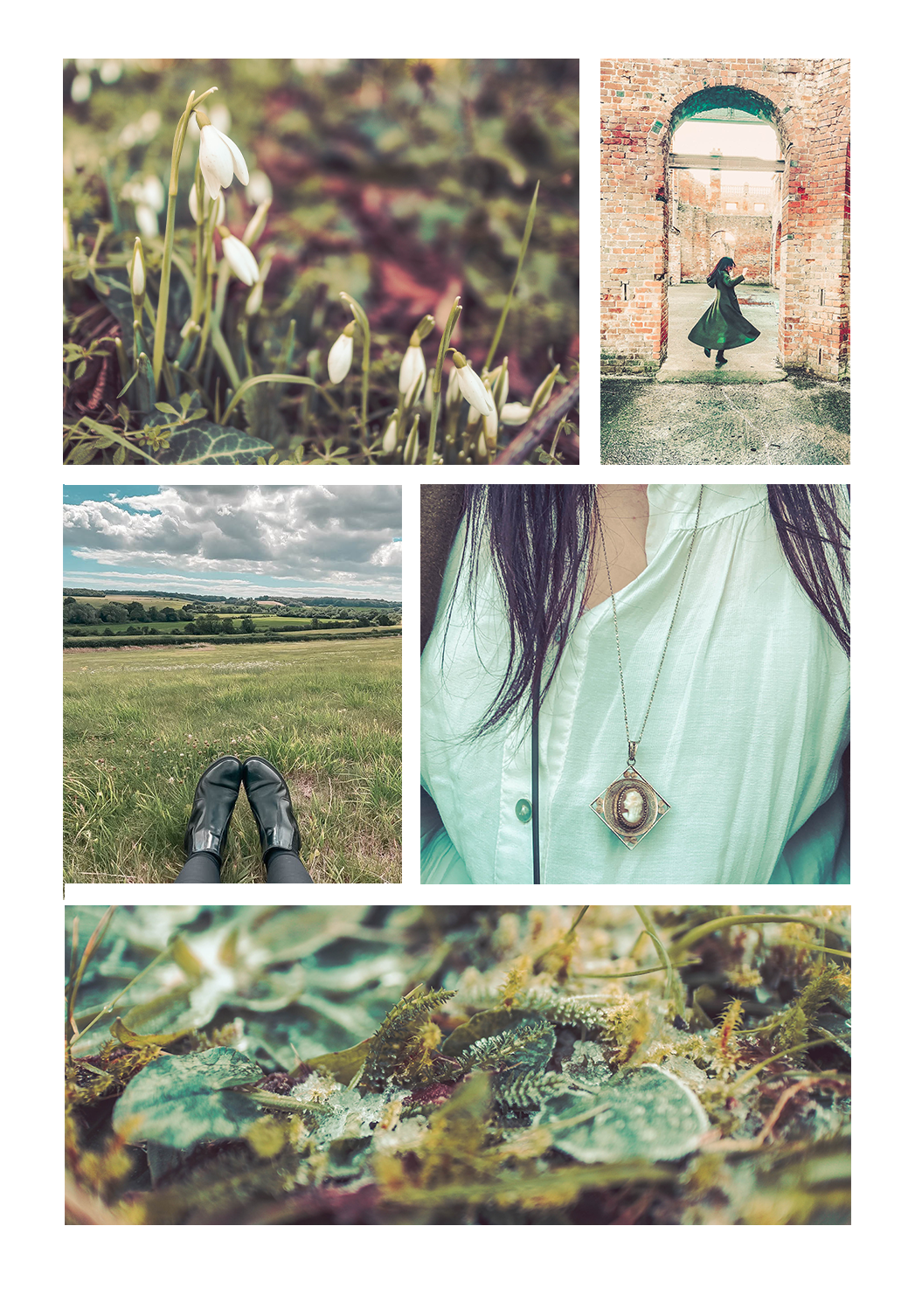 In the fields surrounding our village there's a great, wide aloneness. I breathe it in and out slowly as it does the same to me. There are compasses tied to both of my feet now. They spin wildly, but I don't mind. Only the crows hear me sing.

When I step through a hidden gate into the woods the aloneness is gone like Peter Pan’s shadow. The trees, birds, squirrels, bees, and vines all hum like computers in a mainframe room. I miss the quiet but the compasses spin so I keep walking. At each fork in the path I decide which way has the better air and the compasses momentarily point in its direction.

After dark the aloneness draws in from the fields and settles over the thatched roofs and overgrown lavender bushes of the village like a layer of dew. As I step over the threshold of our cottage the night air welcomes me like an old friend. I smile because in that wide, lonely quiet I can toss my silent thoughts out into the street and the vast sky above to bounce off of every surface and texture unimpeded, echolocating back to me with maps of the possibilities in my head.

When I wander in London I'm never alone because I walk through ghosts. Invisible memories cling to my clothes like cobwebs as I cross a street once traversed by Roman soldiers, then Kings and Queens and nobles and peasants, then soldiers again, and now a new version of nobles and peasants and my own well worn boots. Across the street is the shell of what was once a cathedral--when the bombs fell it cracked open like a walnut and the whisperers inside streamed out to join the tides of specters lining the sidewalks.

But even among the ghosts, the aloneness is always in my back pocket. It follows me to a hotel room in Amsterdam. Once the door closes it spills out into the safety of silence, a mere shade of its proud incarnation from the vast open fields, hot as an ember, soothing in its familiarity, fed by tomorrow's possibility.